Pruning Is All You Need? 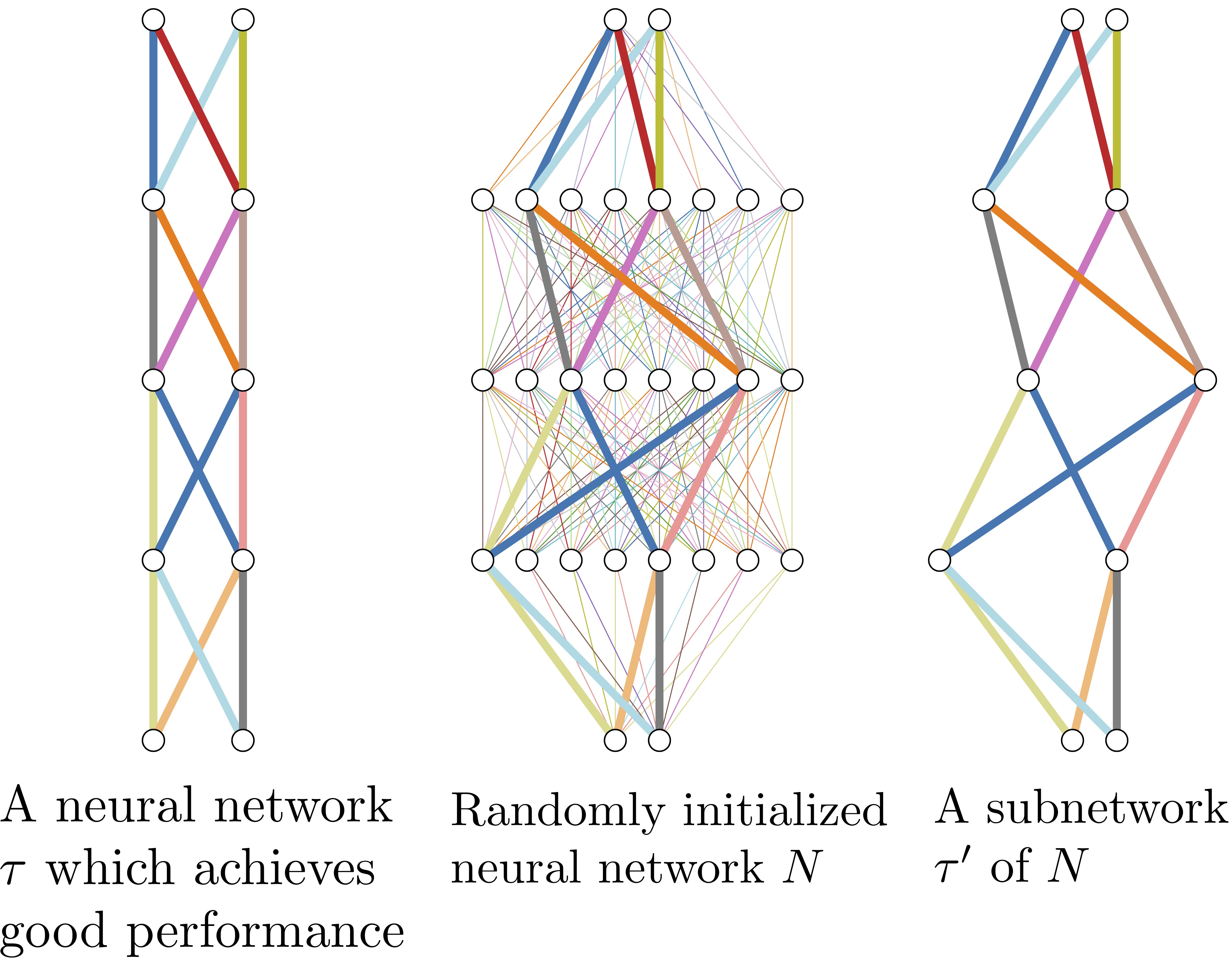 Figure 1. If a neural network with random weights (center) is sufficiently overparameterized, it will contain a subnetwork (right) that perform as well as a trained neural network (left) with the same number of parameters.

In recent years, there's been a bizarre line of work in deep learning that shows you can get remarkable results by just using the random features in a neural network—as in, you don't need to train the network; you can just use the network at initialization! However, you do need to do something on top of the network to get something interesting out of it.

Here's a brief summary and the thoughts it has inspired as I've been reading along. These are mostly notes to my future self but might be of interest to others interested in how deep neural networks work.

It's been very interesting to read about all the surprising things you can do with random recombinations of existing features. It colors my perspective on pre-trained models a bit differently, and the training procedure itself. Is SGD really taking the network weights very far away from their initialization? Is it even doing much more than pruning?

But going further, I'm not just interested in sparse networks, but how existing neurons or layers could learn to connect to each other, in a self-organized growing/shaping process more similar to what happens in the development of a real brain. So I'm looking for ways to establish new connections, not just remove pre-existing ones. But that could be its own separate post, so I'll just close with one last reference that forms somewhat of a bridge from here to there: