Recently, Tania Lombrozo of NPR encouraged readers to stop trying to make nerdiness cool, and I couldn't agree more. Coolifying nerdiness emphasizes a narrow subculture of science to the effect of alienating others who would be interested in entering scientific fields themselves.

The problem I have with this is a personal one. For me, it actually isn't about gender. It isn't about encouraging kids to "do STEM," and it isn't about advocating for political support for research. It really isn't. At the risk of sounding selfish, the whole Geek Pride movement annoys me to no end because that's not me. And that's not the people I see around me.

I don't play video games, I don't self-identify as an "introvert," I've never attended a "Nerd Nite" in Boston, and I don't have, nor have I ever had, any interest in watching The Big Bang Theory.

That's not the kind of people that I see at events in the Computer Science department. And that's certainly not the students I see when I wander the halls, or TA a class. I see all kinds of people. The leaders of our Graduate Student Society are a hip guy with a penchant for rock climbing and, yes, a smart, empowered woman with an incredible sense of style. The other day my Numerical Computation class was led by a muscle-bound Iranian fitness geek who I might be scared of if he weren't so darned friendly.1 I've had the benefit of working with dirtbike racers, mountain climbers, runners, snowboarders, music buffs, fitness geeks, and yes, video gamers. My colleagues and peers are all kinds of people, and that rocks my world.

So I don't like it when the world fails to recognize that diversity. The characters on The Big Bang Theory are shallow and misleading. Even some of the geekiest people I've known have also been, for example, avid hikers and backpackers. And the affect of the Geek Pride movement is to cause them to self-identify with a narrow stereotype that doesn't fully describe them. People relish in calling themselves "geeks" and temporarily forget all the things that make them not geeks (in the stereotypical sense). Geek Pride doesn't really forward the cause of geeks. The Geek Pride movement shoots itself in the foot by embracing these stereotypes. Maybe it increases people's ability to relate to us, but it does not make them want to join us.

Allow someone who's a much better writer than I to prove my point:

For proof of the stereotypes that continue to shape American attitudes about science, and about women in science in particular, you need only watch an episode of the popular television show “The Big Bang Theory,” about a group of awkward but endearing male Caltech physicists and their neighbor, Penny, an attractive blonde who has moved to L.A. to make it as an actress. Although two of the scientists on the show are women, one, Bernadette, speaks in a voice so shrill it could shatter a test tube. When she was working her way toward a Ph.D. in microbiology, rather than working in a lab, as any real doctoral student would do, she waitressed with Penny.

Scientists are already cool, you don't need to make them cool! What you end up doing is watering down your own image and distracting from the things that actually make you interesting and unique. Instead you base your image on shallow attributes like the kinds of TV shows you like to watch, instead of the kinds of activities you like to participate in.

Seems everyone nowadays wants to exclaim in that self-deprecating-but-really-self-congratulatory way, "ugh, I am such a nerd!" No you're not! I know for a fact you're not! You, you're a lawyer who's really athletic! And you, you majored in Spanish and work in marketing! What drives you to call yourself a "science geek?!" Just because you follow I Fucking Love Science on Facebook? I'm so fed up with it! Serenity Now!!! 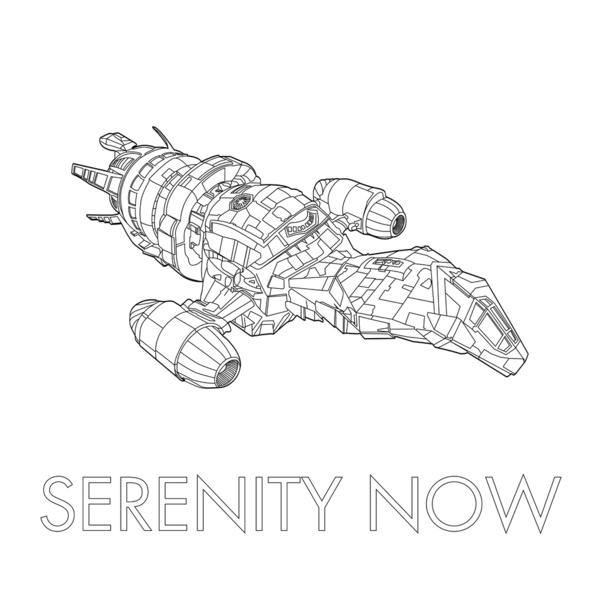 There's always more to a person than these basic tropes based on what movies and TV shows they like. And they definitely don't all dress in geeky t-shirts. It's an oversimplification that blunts the true meaning of what it is to be a scientist. It distracts from what's really going on behind the scenes at research facilities, and prevents others from understanding what it's really like to be one of us.

I'm sorry, but your Geek Pride has nothing to do with my Science Pride.