College is still worth it. A post-secondary education is still a worthwhile investment, if we are safe in making certain assumptions. (This data is from my home country, so it might not even be applicable here in Canada.) 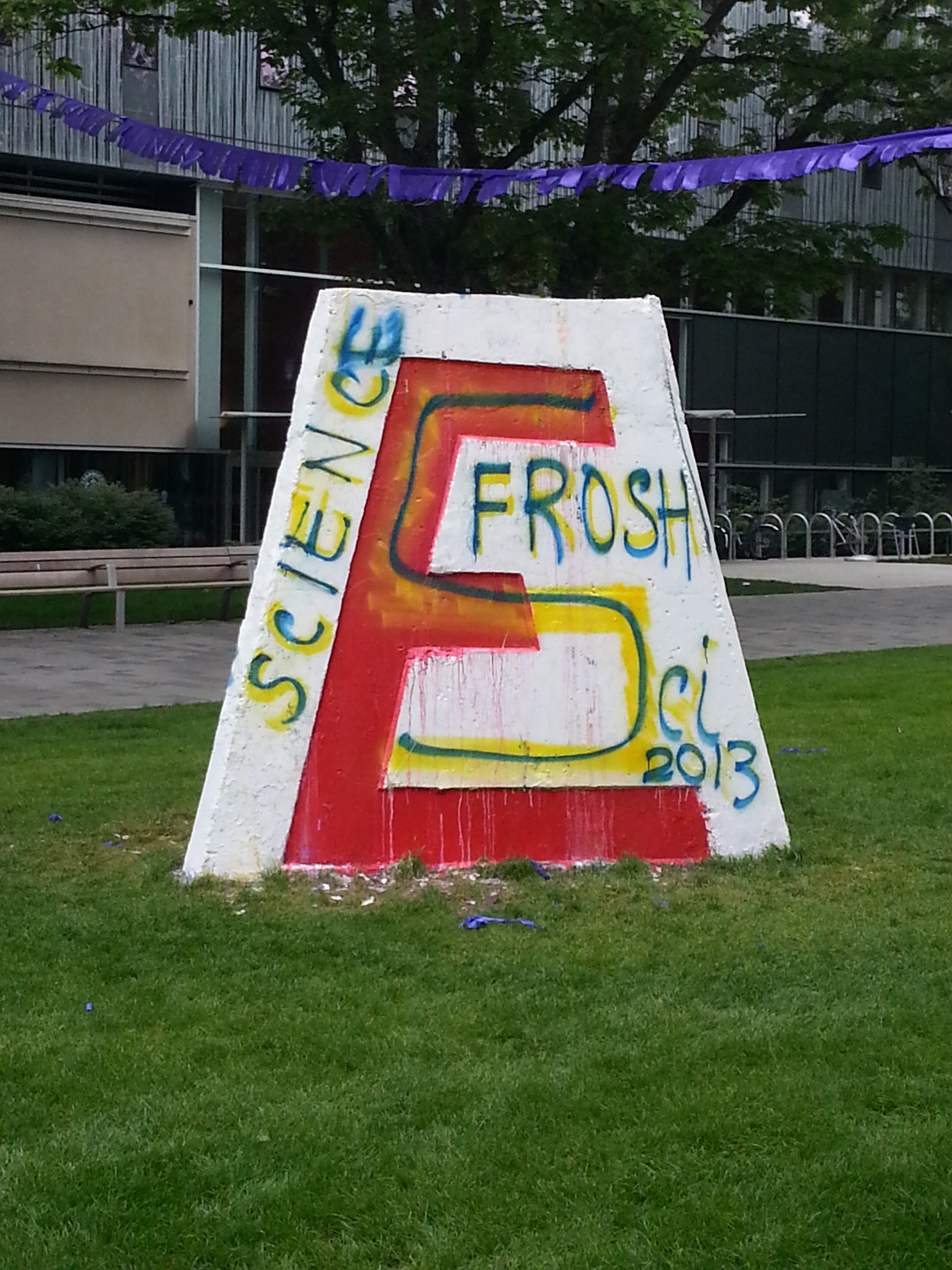 This concrete 'E' gets graffitied about once a week.

Nerds can tag, too.

Calhoun’s internet tickets don’t expire. If you don’t use the internet when you’re there, your ticket will still be valid the next time you visit. I used a week-old ticket today. (Calhoun’s is a 24-hour café/bakery where an endless torrent of UBC students come to study.) 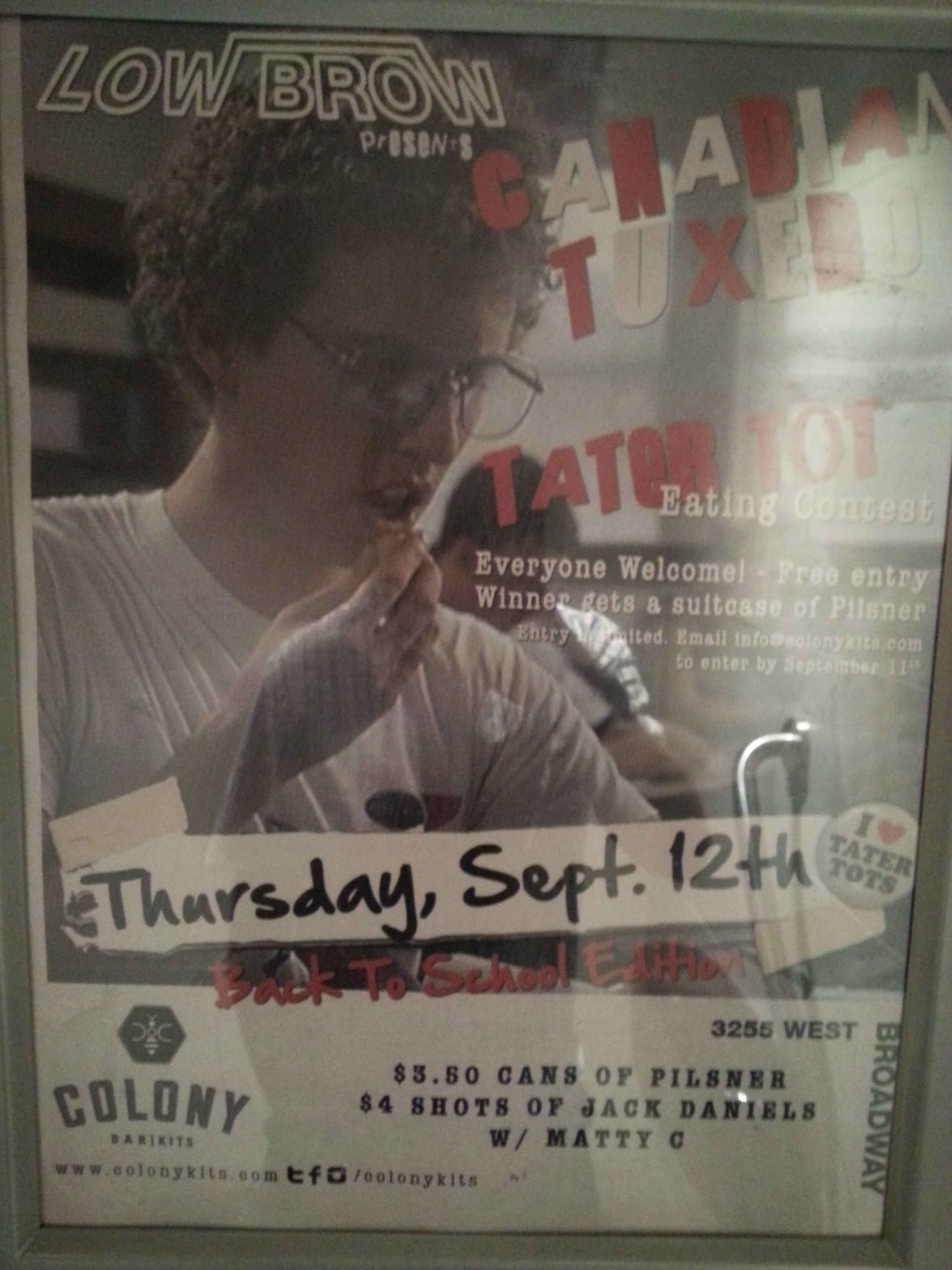 Being a(n adjunct) professor can kill you. Literally.

Blackboard is still just as crappy as it was 7 years ago. (Yes, the last time I was in school was almost 7 years ago.)

The Stanford Prison Experiment is not all that remarkable. It seems like every pop psychology article I read cites the famous Stanford Prison Experiment in one way or another, as an example of the inherent brokenness of justice systems, or something like that. But now that I’ve actually been forced to read about it as part of research ethics training,1 it’s clear to me that the experiment was designed to produce draconian behavior from the get-go! We cannot safely conclude anything from this study.2

UBC campus is an ecosystem. There are skunks and raccoons and giant seagulls everywhere! And these are my coonfriends. These guys aren't the least bit phased by humans. 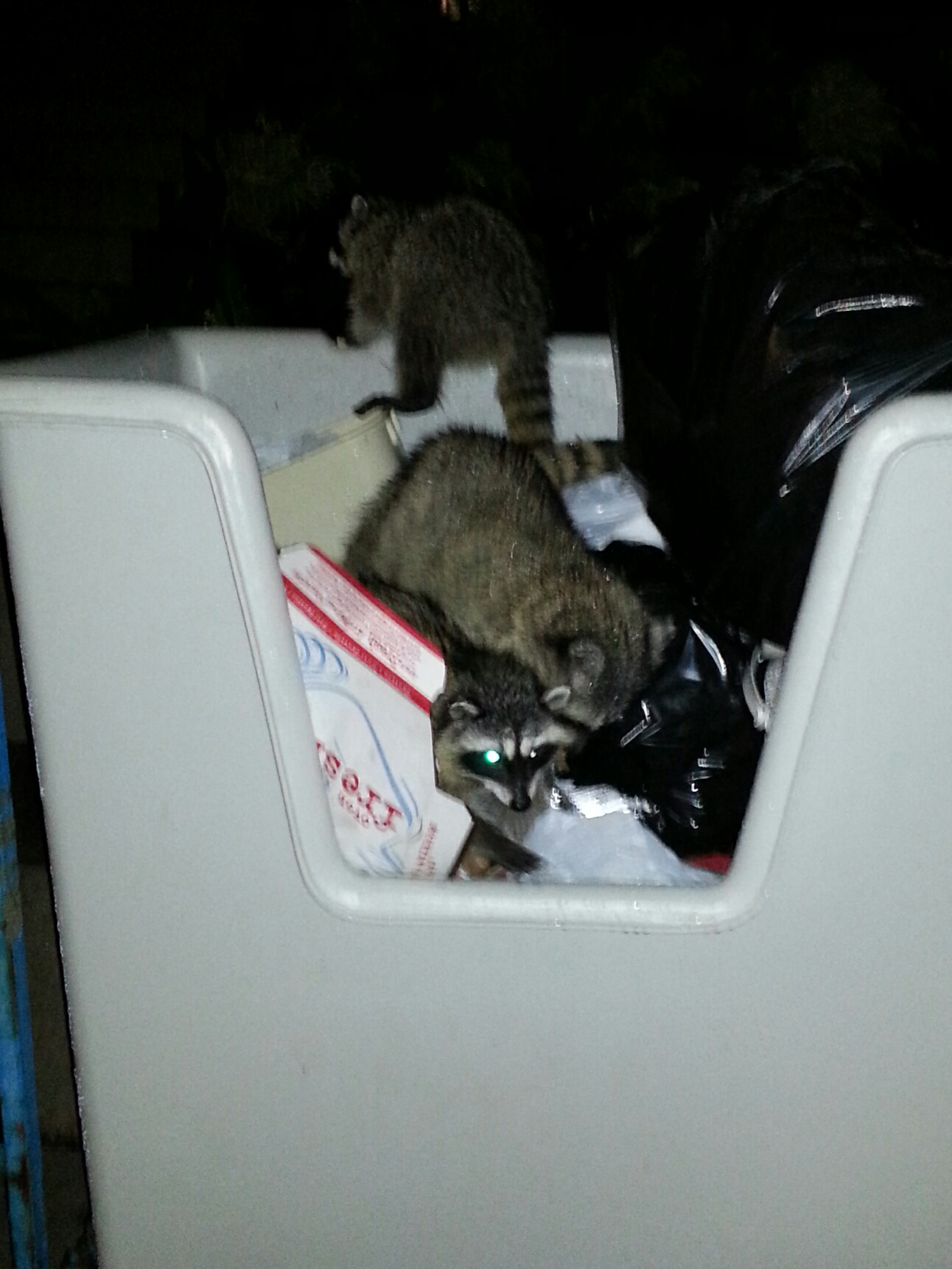 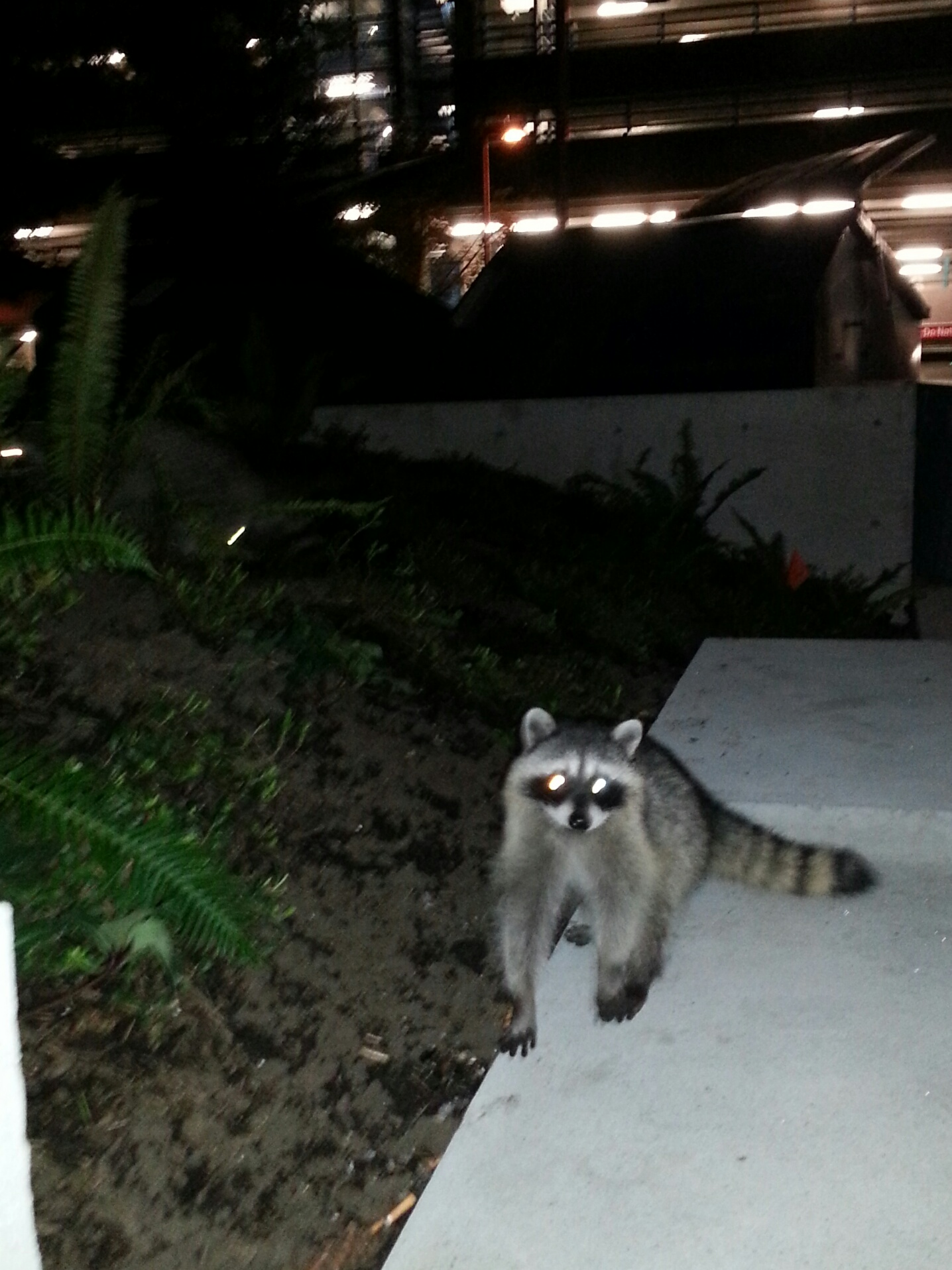 There are amazing free apps to manage libraries of PDF documents. Though I have far from explored the space yet, the main ones seem to be:

These are objectively awesome. I have even started to use them for note-taking in class, instead of paper. I might write a more detailed blog post about this in the future, depending on how well it works out.

It’s hard for students to ask questions in class. Some instructors get annoyed when students get lost in class and don’t ask for help. But now that I’m a student again, I can see that it’s nearly impossible to ask good questions. I’m not going to say any more about this now; I’ll write a full post on this later. 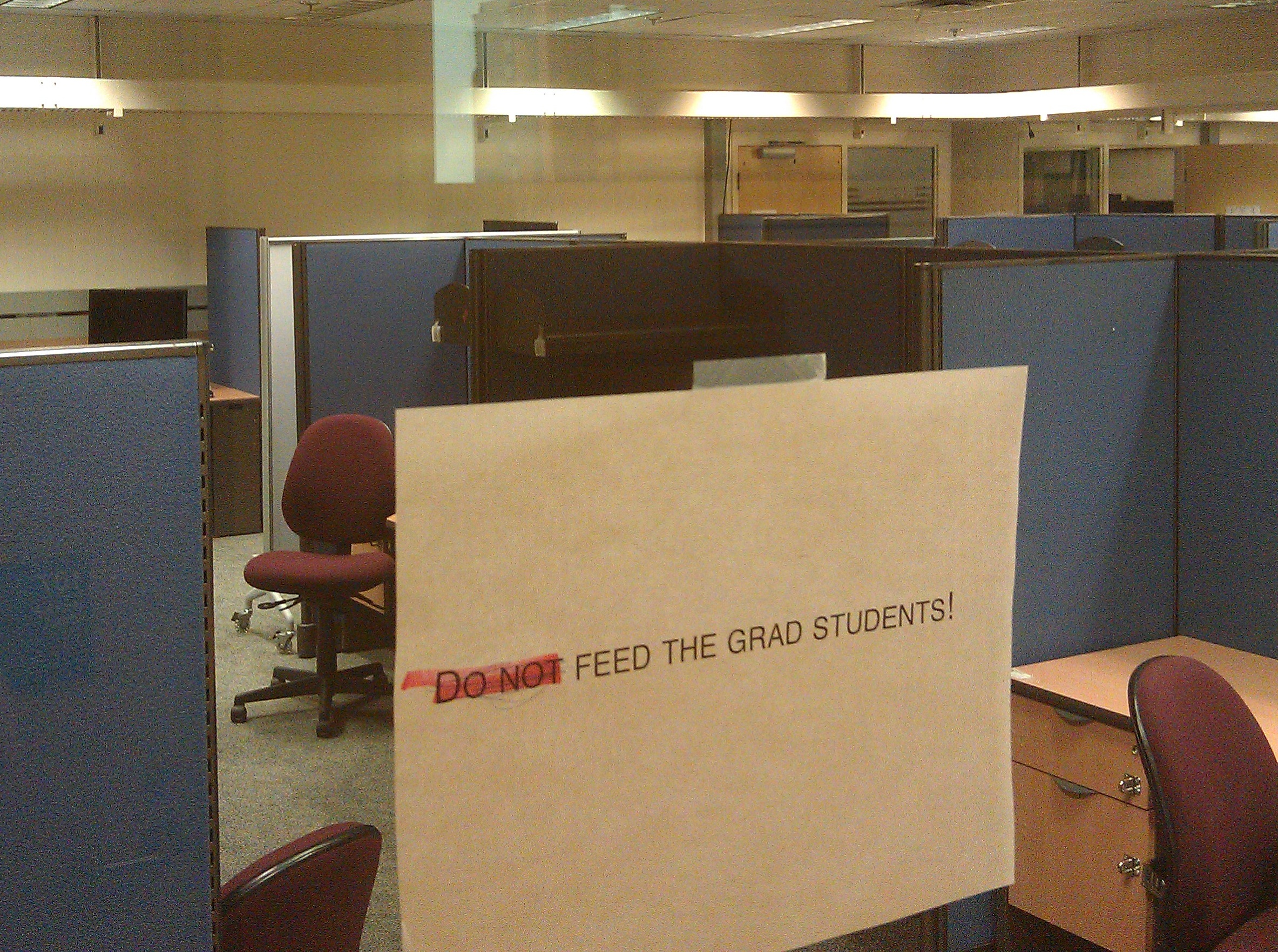 A peek into the Computer Science Grad Student Bullpen.